When choosing where to store my notes, having one clear place to store is most important to me. That is why I didn’t have much preference for the medium at first, as long it was only one.

This post is part two of the journey to build a life-long information system.

The previous post in this series ended with questioning where the book notes should live.

It lead to creating a personal wiki; vimwiki. The export-to-html feature was nice to view the notes on other devices. The tools allowed to mass-edit digital notes, with the classical folder-per-notebook slowly breaking down and relating more notes as it was so easy.

The other major feature was it supporting multiple file-types; also Markdown which made it fully compatible with markdown-tools like Obsidian. And that is where the volume of notes really took of, as the digital tooling encouraged a growth mindset so you have more to link notes to. The wiki part in vimwiki was the most misleading, as my initial thought was to create a structure resembling WikiPedia. That created a linked mess, a growth mindset set on volume instead of set on quality; contribution mindset.

Consider this task; make the block of hash-symbols rectangular, no holes if you draw a rectangle around it:

It is a common theme to have solutions be an addition instead of a removal, most would fill the top row instead of removing the top 3. Ow, and if you said that it didn’t specify you could remove symbols, did you even consider it?

The unconscious doing because it looks neat is also is the enemy for people that work with Obsidian, because they like the look of their huge graph: 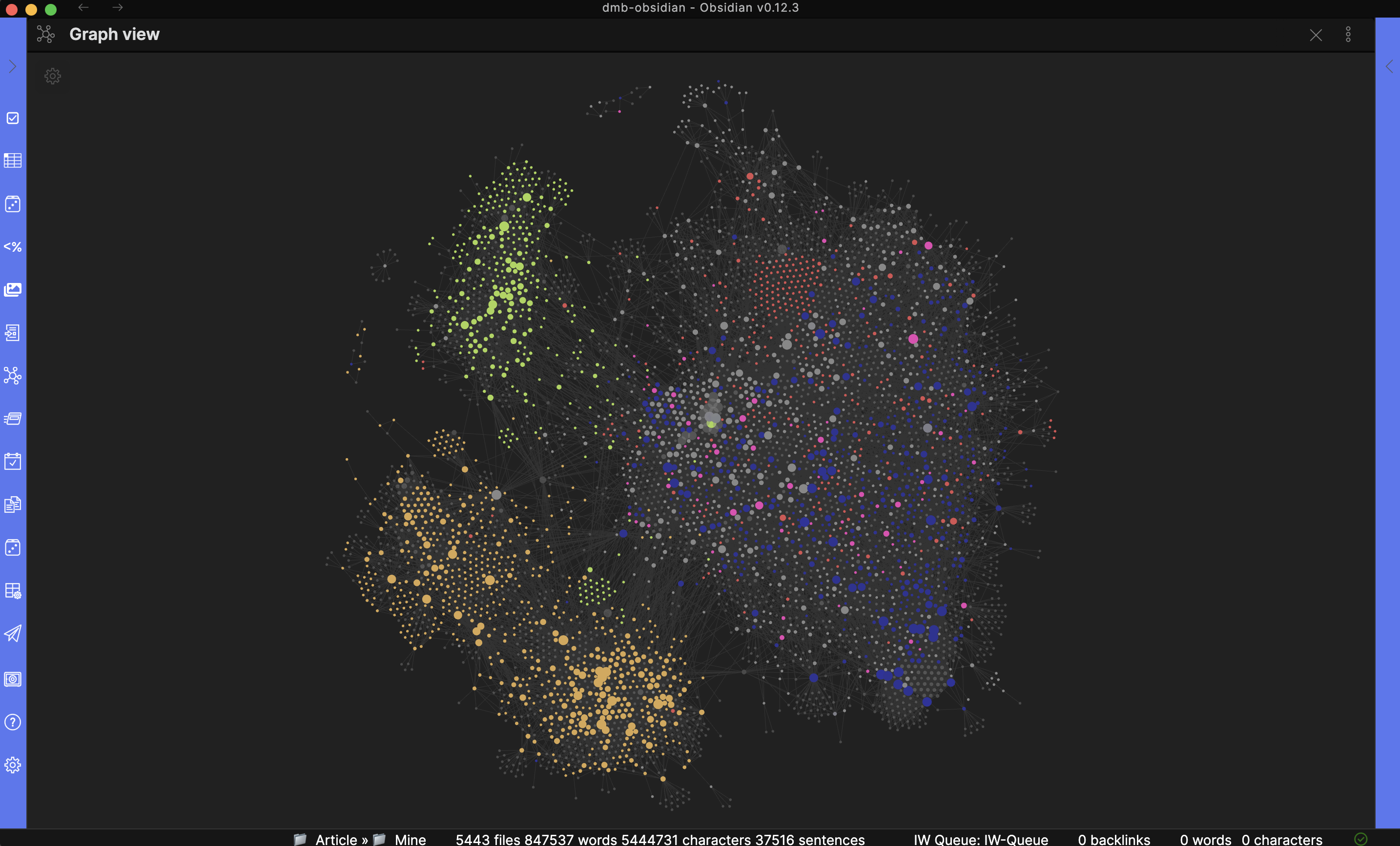 That is the hidden cost of digital note-taking if left unaware; copying is so easy on a computer, that you barely have to process the information. Common remedies are writing everything in your own words, separating a place to reference quotes and literature and quitting digital all together; which will be discussed in the next part.